I'm sorry I've been quiet the last couple of weeks. Work has been very hectic. One of the other legal secretary went off to explore the Maldives. (She has the most amazing adventures. I keep telling her that she needs to write a juicy memoir about all the things that she's done, and she always laughs at me.) But since she was gone, I had my attorneys and her attorneys and they've kept me hopping. Yay for some overtime and extra money, but it certainly wore me out. And when I got home, I tried to cram in what writing and editing I could. So it's been crazy.

Read more »
Posted by Marguerite Labbe at 6:01 AM No comments: 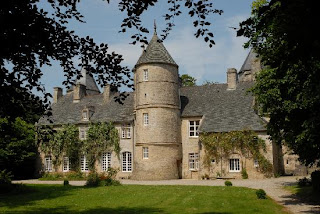 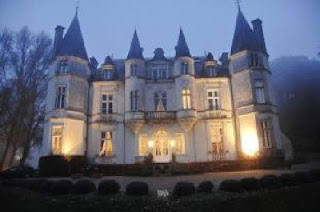 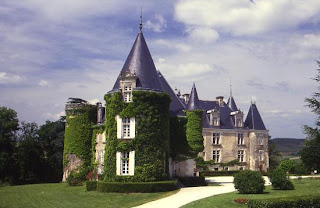 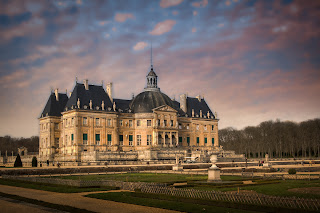 Posted by Marguerite Labbe at 5:47 PM No comments:

So I started two new stories this week, the first one is a novel tentatively titled Dark Things. I’ve had the idea rattling around my head for awhile, but it was a call from Amber Quill Press for a Gothic Romance that made it finally gel in my mind. These sentences are from the first chapter where Michel-Léon’s valet expresses his concern over Michel-Léon’s duties as a Chevalier de Rouen.

Janvier frowned as he stared at the envelope. “If I may… I never involved myself in your father’s affairs out of both respect and fear. He sought dark things and those things ate his soul raw. I watched him die two deaths and could nothing to stop either.” He looked at Michel-Léon, his blue eyes clouded with age and worry. “I will not lose you the same way, Michel-Léon, not on that same dark path.”
Posted by Marguerite Labbe at 4:08 AM No comments:

Oh my look at this one. As soon as I saw it I went ooohh. It kind of fits the Gothic story I'm working on, metaphorically. There's the dark old house on his arm, and Michel-Léon has made himself a virtual prisoner. Blinding and muting himself to what's going on outside.

Chris finds me the neatest pictures.  What do you think of this one?

Read more »
Posted by Marguerite Labbe at 3:05 AM No comments:

I have been a busy, busy bee lately. My boys were sick over the weekend so they occupied a lot of my attention. This was the first time my son ever had the stomach flu and I'm pretty sure he was convinced that he dying. (He's a tad on the dramatic side.) And at work one of the other legal secretaries is out exploring the Maldives for the next two weeks, so I have her attorneys to support as well. It's been hectic, so hectic.


Read more »
Posted by Marguerite Labbe at 6:08 AM No comments:

I have to admit, this short story is one of my favorites that I wrote with Fae. I’d always hoped we’d do more with Ricky and Charlie, but we got caught up in other projects. And the soundtrack for this one was so much fun to do.
Read more »
Posted by Marguerite Labbe at 5:18 AM No comments:

This particular picture is brought to you courtesy of my husband.  I love the pose, the look on his face and the environment. This is definitely the kind of picture that makes a person come up with plots for stories.

Read more »
Posted by Marguerite Labbe at 3:31 AM No comments:

Whoohoo, I finished the 2nd draft of "Make Me Whole" today and sent it off to beta readers. Which means I suppose that I need to finish the synopsis and work on the blurb. While I'm waiting to get back some feedback on the draft I'm going to start doing some research on my next project. Amber Allure has a call out for Gothic Romance and I've had an idea percolating in the back of my mind for a couple of years now. I can't wait to dive into this one.
Posted by Marguerite Labbe at 6:16 PM No comments:

Okay this was a Facebook exchange that my husband started that had me cracking up a few weeks ago. This is pretty much how our relationship goes with our friends and between my hubby and me.

Hubby: Vote for me in 2016…I promise research into giant robots and I will fund that Death Star they’ve all been raving about. America will tread noisily and carry a bit stick…or a giant ball of death…whatever just vote for me.
Read more »
Posted by Marguerite Labbe at 3:03 AM 1 comment:

So I’ve been posting pictures related to Make Me Whole for the last couple of weeks and I thought I’d change it up a bit and talk about soundtracks this week. I love music. I find it more inspiring than just about anything else. Certain songs will trigger stories, though that’s not the case here. This story was inspired by a couple of friends and they know who they are. However, it doesn’t mean that I haven’t still found songs that make me think of this story.
Read more »
Posted by Marguerite Labbe at 3:34 AM No comments:

Email ThisBlogThis!Share to TwitterShare to FacebookShare to Pinterest
Labels: Make Me Whole, Soundtracks

Thankfully, last weekend my husband helped me figure out a plot hole that had been nagging at me for weeks with Make Me Whole. I finally feel like I’m on the downward end of this 2nd draft. So I thought I’d give you a little something fun for this Six Sentence Sunday. Galen really puts himself in a predicament, but oh boy, I think he’s going to enjoy every second of it.
Read more »
Posted by Marguerite Labbe at 6:22 AM 3 comments:

How Much Good Luck/Dipwadery Can One Kid Have?

My son is a highly intelligent little boy, but sometime his complete lack of common sense combined with the luck of the truly clueless. His guardian angel works overtime and needs a day off. He’s charmed. I don’t know how else to explain it and he’s already shown that big time already in 2013. First there was the Airsoft Rifle incident where he pulled a Ralphie from The Christmas Story. He managed to emerge mostly unscathed except for the small cut on his eyelid and his first black eye. I still shudder when I think about it. At least he has a new respect for the rifle. I told him that the next time I see him without his protective eyewear the damn thing gets tossed.
Read more »
Posted by Marguerite Labbe at 6:43 AM No comments:

Email ThisBlogThis!Share to TwitterShare to FacebookShare to Pinterest
Labels: Parenting

Excerpt - Exceptions to the Rule

Exceptions to the Rule was the second release for Fae and me. I can't quite remember where we got the idea for it. I think it might've been for a Valentine's Day challenge on Romance Divas. My memory is mush these days. I do remember Jamie and his tattoo being an instant hit with us and how much we enjoyed writing the spanking scene. This here, is Jamie and Nathan's first kiss.
Read more »
Posted by Marguerite Labbe at 1:39 PM No comments: