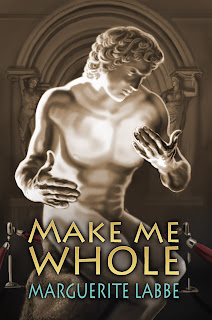 Isn't it amazing? This cover was commissioned by Melissa Gay and she did a fabulous job capturing the essence of the story. I'm so excited. Even the rough version that was originally sent blew me away.

I also received edits for the story on Friday so I'm hoping to get them done soon and hoping to get the official blurb. But for now, I'm content to ogle poor lonely Dexios a little bit longer.
Posted by Marguerite Labbe at 6:56 PM No comments: 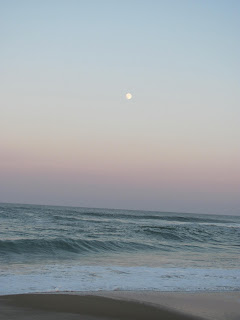 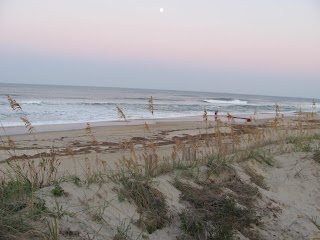 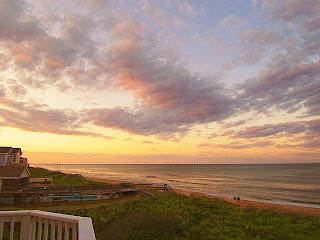 I wish you could see the colors in the water the way I'd seen them that night and the way Trey sees them. These pictures don't do it justice at all.
﻿
Posted by Marguerite Labbe at 11:58 AM No comments:

Until the Lilacs Bloom is a story that I’ve been poking at for years. It was originally a coming of age story, but it’s involved to follow the two friends, AJ and Trey, through a couple of decades after Trey’s battle with childhood cancer. In the first third, which is the part I’m working on now, they’re spending the summer in the Outer Banks, after Trey goes into remission. AJ is getting ready for college and trying to come to terms with his sexuality. And Trey is trying to picture a life ahead of him and learning to exert his independence again.

“If I get sick again you won’t stop being my friend will you?”


The question speared through him with a profound shock and all thoughts of kissing the afternoon away disappeared. AJ frowned and started to say that Trey wasn’t going to get sick again then stopped himself. It’s not what Trey asked and the bullshit response would probably just irk him. Whether or not he got sick again was out of their hands entirely, they couldn’t control that, but he could give him other assurances. “Yeah, I’ll still be your friend.”
Posted by Marguerite Labbe at 8:13 AM 2 comments:

Email ThisBlogThis!Share to TwitterShare to FacebookShare to Pinterest
Labels: Six Sentence Sunday, Until the Lilacs Bloom

I'm posting two excerpts from Ghosts in the Wind and giving away some copies of the book. Stop by at http://coffeetimeromance.com/CoffeeThoughts and read all the fun stuff going on. If you're interested in winning a copy of my ghost story, the first post I put up is titled "Ghosts and Detectives" the other one that I'll upload before I leave work today is "Love Stories."

I hope you enjoy and good luck!

Margie
Posted by Marguerite Labbe at 12:36 PM No comments: