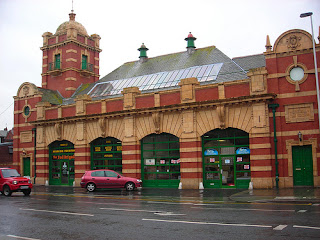 Today I wanted to introduce Galen’s pride and joy, the museum that he’s sunk his entire inheritance in. Before I knew the city they were in I knew that I wanted Galen to renovate something interesting, something with history. Originally, it was a warehouse, but I discarded that quickly. Then my husband suggested that I use a cab depot, which I toyed with at first, but I had a hard time envisioning it. 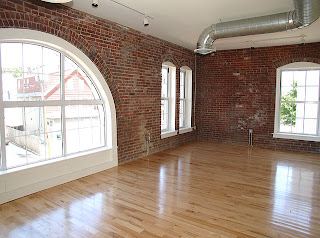 I can’t remember who first suggested an old firehouse. It was during a conversation with my husband where we were tossing suggestions back and forth. We both knew that we had a winner. The next day I started looking for pictures of old firehouses online to get a feel for how I wanted the layout of the place.

I really loved the shape of this place. On the right, cut out of the picture is a squat, round tower where I pictured the storeroom where the statues were found. I love the long stretch of four firetruck bays. I liked the sloping roof and the row of skylights. 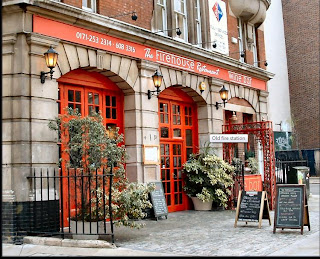 Galen and Suzane’s offices are in the tower. Galen’s is all the way at the top with a beautiful view of Seattle. (Though this firestation isn’t in the U.S. lol in my mind, it’s in the heart of the city.) I’m not sure where I found this inside picture that I used to envision the tower office, but I’m a big fan of exposed brick and hardwood floors. Add in a desk and a circular staircase coming up and a fire pole and you have Galen’s sanctuary within his sanctuary.

The picture for the outside façade also came from an overseas renovated station. I loved the old lights on the outside and the cobblestone, I like the bucketed trees. I knew Galen would do something similar as well as add some hanging baskets of flowers during the summer. All these places melded together in my mind and became the home of Galen’s museum.

Posted by Marguerite Labbe at 7:21 AM