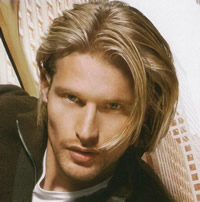 Wow, this might be the last Make Me Whole story picture Monday since I'm going to be submitting this week. I'm going to kind of miss these two. They were a pain at times, but I really grew to love them.

So the first character is Galen Kanellis. In my original plot Nick wasn't supposed to show up until the very end as the reincarnation of Dexios. So Galen was the first to occupy my thoughts. I don't normally like blond's all that much, but I loved this guys cheekbones, the sweep of his hair and that sensual mouth. I actually had this picture from the beginning. He's a little too unapproachable pretty. 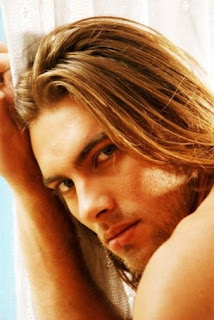 Then a couple weeks ago a friend sent me this picture and I loved it for Galen. It's a more vulnerable look and suits Galen where I see him now when the story starts. I think the previous picture suits him more when he was in his destructive partying days.

Thank goodness for friends with a large photo library!

Galen came into a large trust fund and he sunk the majority of it into renovating the old firehouse for his museum. His life has become the museum, until he uncovers the Dexios Collection and his whole world is shaken up. 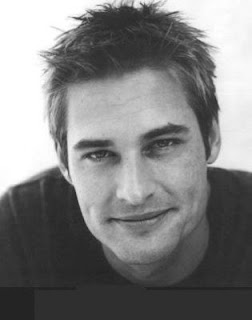 Now below is Nick. I've been in love with this actor from the few episodes of Lost that I actually saw. I liked his mix of vulnerability and brashness. And he's got dimples. Who doesn't like dimples?

So this is my reincarnated Greek warrior who believes he's doomed to have his heart broken again by the one man he's never been able to get out of his thoughts.

Nick dreamed of going into Art History, but his dad's practicality put a damper in his plans and he ended up as an HR manager for a bank. He still loves Art History though and whenever he has a chance, he goes wreck diving to look for the Dexios Collection.
Posted by Marguerite Labbe at 5:26 PM