I love baseball, but that's no surprise there :-D. For me there's nothing like spending a summer night 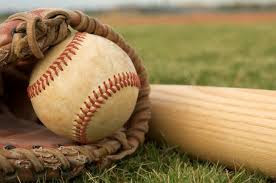 at a game, enjoying the heat and the rivalries. I'm lucky that a minor league stadium was built within biking distance of my house and the tickets are very affordable. I don't get to go to a major league game as often as I would like.
Last fall I got into a conversation with some other big baseball fans and the idea of an anthology was born. Last night Shae, Kerry, Kate and I received our edits so we're hard at work polishing these bad boys up so it'll be out in time for post-season madness. :-D
So just a little teaser, but these are the blurbs for the stories in our anthologies.

Home Field Advantage By Shae Connor
College student Toby MacMillan, grandson of Atlanta Braves owner Ray MacMillan, works with the team’s locker room crew during the baseball season. It’s there that he meets Caleb Browning, who’s getting his first shot at the big leagues, and Toby, who’s been trying to keep his sexuality under wraps, finds himself smitten. An innocent dinner soon turns into a not-so-innocent night together in Caleb’s bed, but Toby quickly calls things off, afraid of the ramifications of their tryst.
Unable to avoid each other because of their jobs, the two men develop a tentative friendship, but it soon becomes more. After Caleb takes a fastball to the head during a game, Toby’s presence at his hospital bedside catches the attention of more than just the medical staff. Their budding romance hits the news, and

Toby’s grandfather threatens to cut Toby out of team ownership unless he denies it. Facing a choice between the team he’s loved all his life and the man he could love for the rest of it, Toby has to decide if he’s ready to make a stand.

One Last Road Trip By Kerry Freeman
After the last game of his major league career, Jake Wilson is hitting the road, and he’s making a few stops along the way. He has an ex-wife with a new life in New Mexico, a son following in his footsteps in Oklahoma, a daughter with an announcement in Tennessee, and the gamble of a lifetime in Georgia. In 2,500 miles, his life will completely change, and he can only hope that his visit to his first love will cause everything to change for the better.

Wild Pitch By Marguerite Labbe
For as long as Ruben Martell has known him, he’s been in love with his best friend Alan Hartner. They played together, traveled together and publicly dueled on opposite teams. Now years later they’re both retired from the Major Leagues, are running a business together and coaching rival Little League teams. And in all those years, Ruben hasn’t given up hope that Alan might return his feelings one day, but now he’s 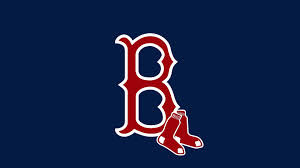 starting to believe that Alan will never chose to move beyond the memory of his late wife.

Alan quit the game at the height of his career to take care of his sons and the one constant he’s been able to rely on is Ruben. In all that time he has tried to forget about the night everything changed, only being with Ruben on a day-to-day basis is weakening his resolve. They’d stepped over the line before and it had hurt their friendship and left Alan with a guilt he didn’t know how to handle. Alan doesn’t want to do anything to jeopardize that friendship now even if it mean denying the feelings he’s kept locked away for so long.

One Man to Remember By Kate McMurray
In the summer of 1927, all anyone in New York can talk about is Babe Ruth and the Yankees’ Murderer’s Row, the unstoppable batting lineup that no other team can beat. Skip Littlefield, an infielder for the less flashy New York Giants, is happy to let the Babe take the spotlight, even as he starts hitting as well as Ruth himself. Sports journalist Walter Selby has gained a reputation for being something of a dandy. He’s 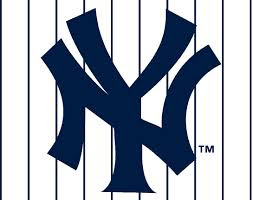 a force to be reckoned with, too, as one of the most dynamic voices in the daily papers. And now he can’t help but notice the talented first baseman helping the Giants race for the pennant. Then he meets the man and is left breathless—Skip is talented, soft-spoken, and also incredibly handsome. And Walt quickly comes to understand why Skip wants to stay out of the spotlight.

Against the backdrop of the lights of Times Square, the excitement of the era, and some of the most incredible baseball anyone has ever played, Skip starts to fall for Walt. But no one can know. Skip’s only hope is that the more charismatic stars will draw attention away from the quite romance blooming between Skip and Walt, or else Skip’s whole career and everything he loves is at stake.

Posted by Marguerite Labbe at 5:03 PM